Polaroid In-Depth: "I Am" with Idelie Perez

We sat down with Idelie Perez, the filmmaker behind "I Am" the recent short film. The film is narrated by six women recounting their experiences with ageism and describing how they choose to live their lives outside of the confines of their age bracket. 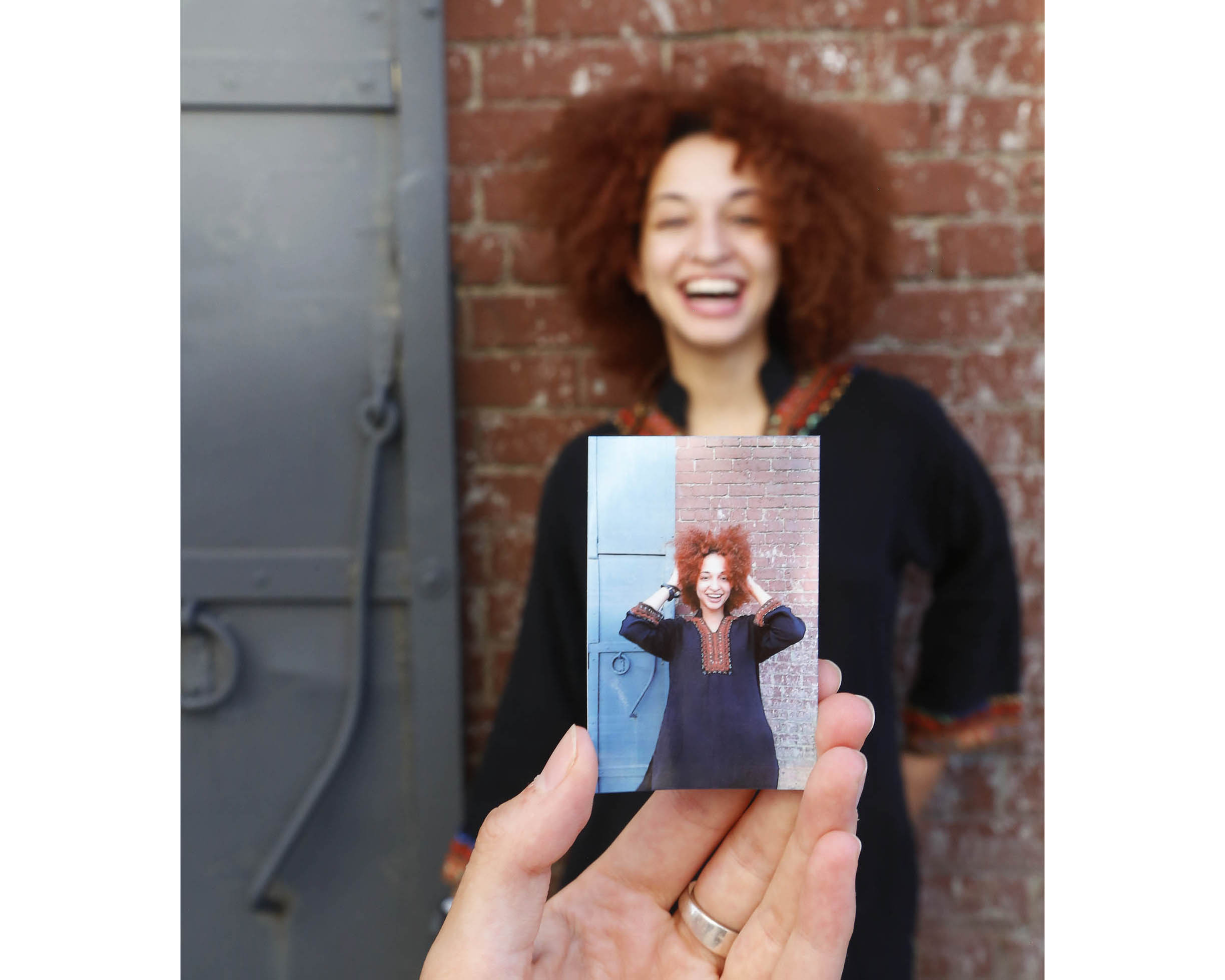 Tell us a little bit about who you are and what you do. As you know, we generally feature photographers in the “In-Depth” series and we are very excited to welcome you as our first filmmaker!

IP: First, I want to thank you for the feature and am beyond humbled to be the first filmmaker in the Polaroid: In-Depth series! I come from a family of creatives whose love of music and the arts became the foundation of who I am today: a Brooklyn born Latina with a passion for creating and living life through film, art, and writing. After graduating from college with a degree in journalism, I continued my education at The New York Film Academy taking intensive courses in production and filmmaking. However, I didn't start producing or creating films until three years ago and instead pursued a career in PR and operations. My soul was tiredly looking for more when I finally realized that film had captivated me in ways that the road I had taken, could not. I started to write, a lot: loose papers, sticky notes, and old notebooks all had ideas  different films I wanted to create. It was safe to say my mind was fixated on film. I began to write these ideas on my website in order to gain inspiration through words. Now, I am premiering my first short film, "I Am," on ageism and the fight against the narratives set forth for women.

IP: “I Am” is a visual story narrated by six wonderful women who talk about ageism and their experiences shown outside the context of age.

Although we wouldn’t generally ask, how old are you? This seems likes a key piece of information as this film is all about women experiencing age discrimination.

IP: I love telling people my age, honestly. I am a proud 32-year-old paving my own way and carving out for myself—whether people like it or not!

How did being in your 20’s set the stage for this film?

IP: When in my 20’s, I felt burdened by the supposed "schedule" society had laid out before me. I was supposed to be finding myself and, yet, I felt I was looked down upon for doing so. I was lost and felt as though I lived life through other people’s trajectories; I had essentially lost my voice. This sensation festered into feelings of anxiety and depression. When I felt like I was just getting it right, society had a way of pushing me down a deeper hole by saying I was “too old”; too old to pursue film, too old to have a passion…but ironically, I wasn’t too old to be stuck at a job that I hated! 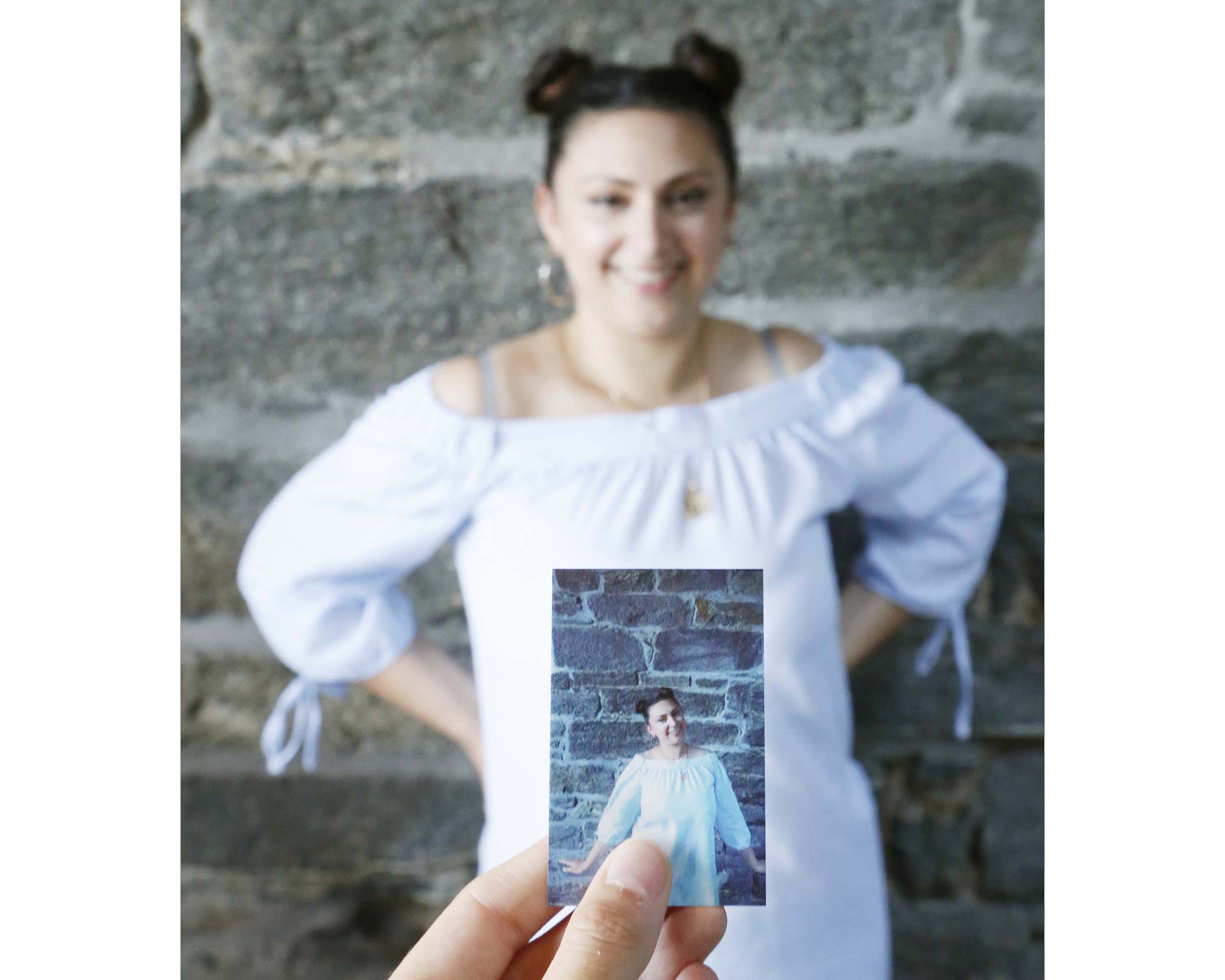 What led you to create this film?

IP: I was feeling mounting pressures because of my age, especially when I turned 25. People put down my goals because they felt like I was too old to pursue them. Once I hit 30, I went into a depression and turned to . I debuted “Embracing 30,” on my site and received feedback from so many women experiencing the same discrimination. I wasn’t the only woman struggling with ageism; women responded to me about ageism in the workplace, ageism regarding beauty norms and even mental health. It seemed like there was a gap that needed to be closed and I wanted to do something about it, that’s when I reached out to Robinson, a film producer. I met at The Wing, an community  coworking space, for an event and recalled her background in production. Once we met, the energy flowed and “I Am” was born. She stepped in as producer and we took steps to ensure that the film would serve as an empowering message. 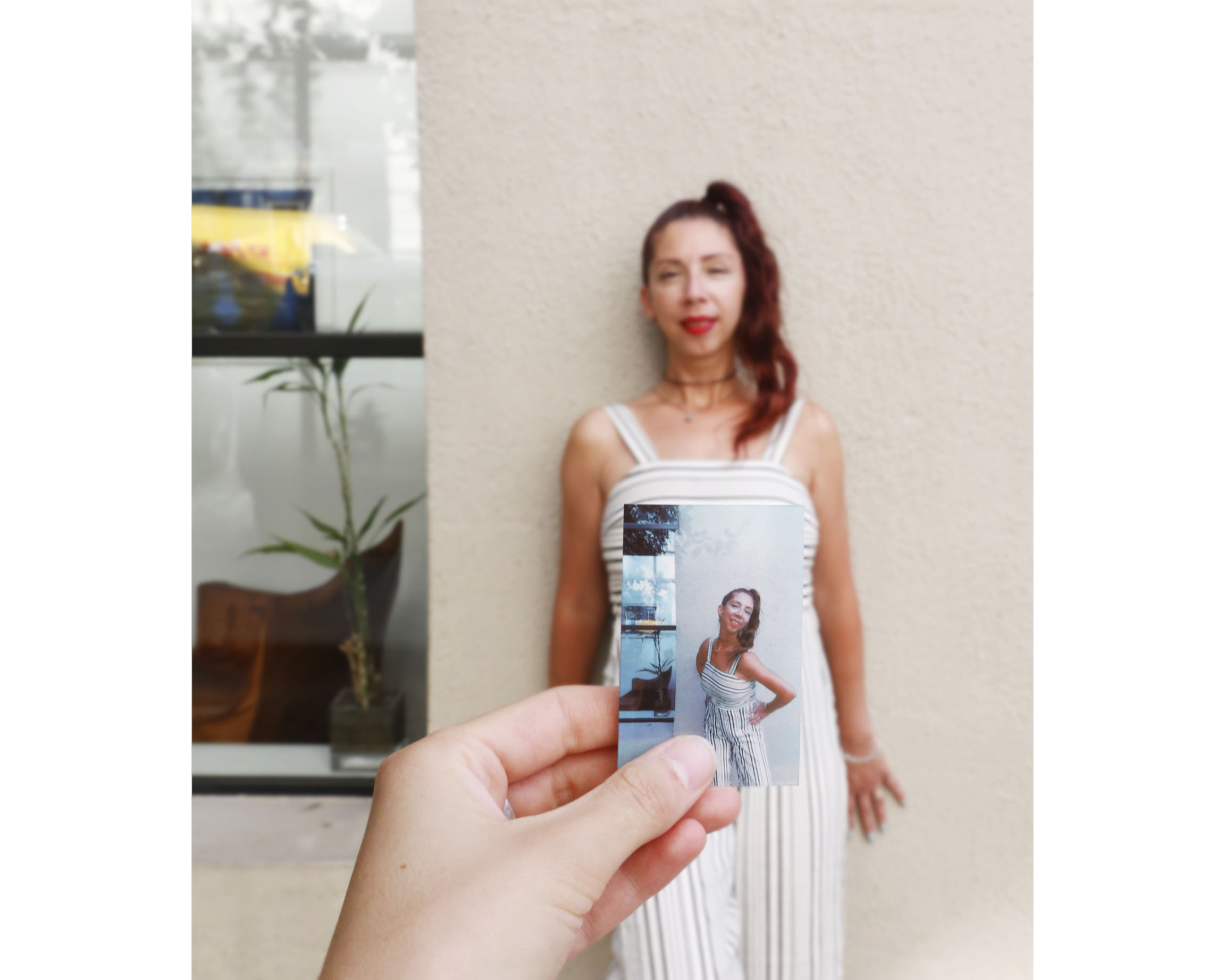 How did you select the stars of the film? Can you tell us a little bit about each person?

IP: and I both had our hands in cast selection. We first met with several women and chatted about life goals, dreams, and thoughts on ageism and finally narrowed it down to six women, all of whom embody the message through their stories.

One of the cast members is really near-and-dear to my heart because she’s my mom! Mimi is the spicy Latina who loves to dance and lives unapologetically. She is responsible in a large part for who I am today. She is now a real-estate agent, who as a young mother, set aside her goals to raise my sister and me.

is our rebel girl who we love! She represents all things creative and strong, with bold tattoos and purple hair, this writer and creative doesn't shy away from telling things like they are but is also as humble as they come.

Lyn is our runway queen. Starting her modeling career later in life, she didn’t let anyone stop her from pursuing a passion for fashion, flare, and fabulosity.

Whitney might be the youngest of the bunch but her life experiences definitely her our phoenix rising. Putting behind an education scholarship to pursue a career in dance was something her family wasn’t all too happy about, but she adamantly and fiercely continued to follow her dreams.

Dixie is the fun-loving, free spirit, and “self-care connoisseur” who took life by the horns and, in her 40’s, decided to retire as a high-school science teacher and immerse herself into her wellness platform.

Cheryl is our “done-it-all” woman who was a lawyer and educator who now pursues her passion for activism and living life abundantly. She considers herself a unicorn and has no problem living life as independently and fully as she pleases.

What led you to decide to shoot the still pictures of the cast with a Polaroid camera?

IP: I have to thank for this idea as she brought it to light. We were brainstorming ways to represent the film in other mediums. We decided Polaroid was the perfect fit. It is a cross-generation symbol of nostalgia, fun, and resilience. Polaroid has been a staple in photography for over 80 years and has remained a unique way to tell a story. That's what the cast is all about: resilience and telling a story in ways that are lasting and powerful. And who doesn't love a good Polaroid picture? 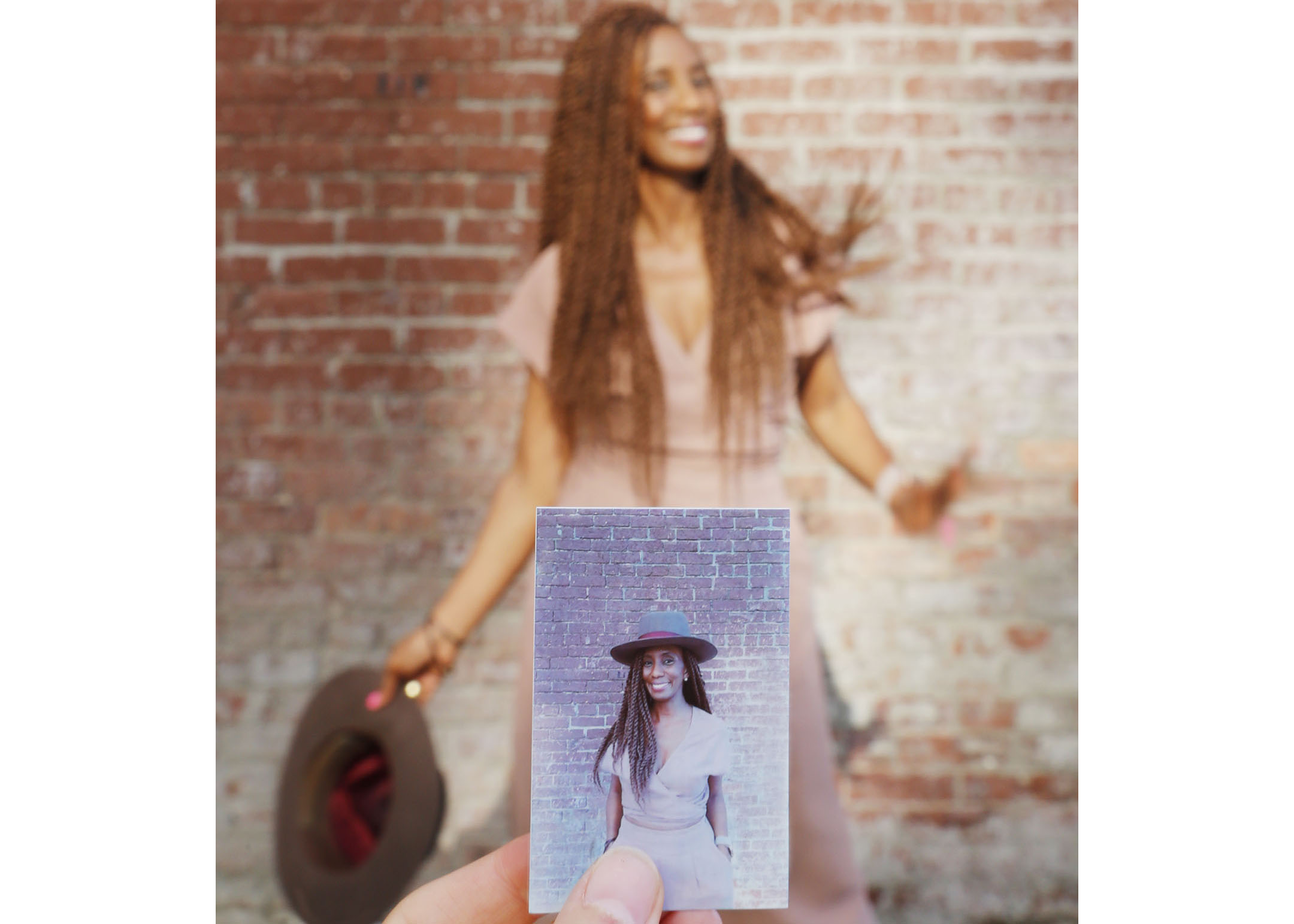 How do you think that Polaroid pictures helped to tell the story of who these women are?

IP: Polaroid has a way of pulling out and showcasing the free spirit in anyone. It's like stepping in front of this camera makes you want to be free—it's fun, it's real. This is what we captured with the cast, their real personality freedom in who they are.

Why did you not choose to include yourself?

IP: This was bigger than me. It became bigger when women reached out sharing their experiences with ageism. I became a smaller fish in a sea of their stories. I felt it had become my duty to highlight their narratives; and in a lot of ways, I did include myself! I lived and related to the experiences of the cast. That was my inclusion—the shared understanding. It wouldn’t have felt right any other way.

What do you hope this film will accomplish?

IP: I want women to walk away feeling pride in who they are, no matter their age. When women see this, I want them to realize that as women we are so wonderfully made and can accomplish anything we want if we have the will to do so. I also want them to know that they are not alone and they don’t have to feel alone. Ageism is just one thing of many against us, but together we can change the narratives, make them our own. 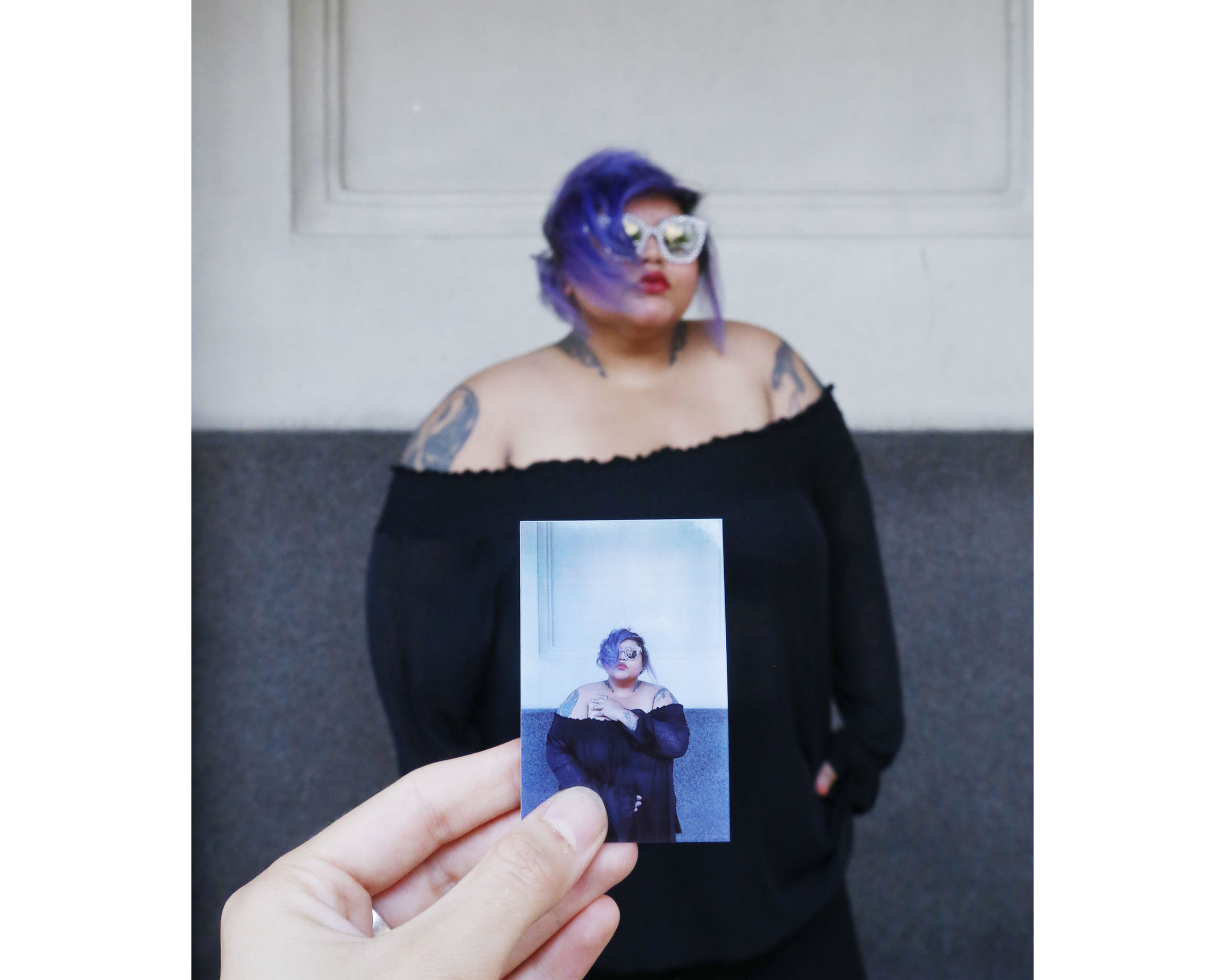 Any exciting projects we can look to see from you in the future?

IP: I am working on something very special but, like a mother with a newborn, I like to keep very new ideas tucked away. I will say, though, watch out! I’m coming in strong :)

IP: I just want to send a special thank you to the AMAZING cast. My wonderful fiancé who allows me to be me (I love you, my Basquiat) and those who have helped me along the way: Alexes McLaughlin, who was my listening ear and motivator and my friends who told me to pipe down when I let negative thoughts boil over. To my mother, father, and sister who I get all of who I am from and the most empowering love to our wonderful DP, Adams. And most importantly, Robinson for believing in this message and sticking by me as the fiercest producer and friend I could ask for. I also want to send a special thank you to The Wing and the wonderful women who allowed us to shoot at their beautiful Soho location and premiere the film there.

To watch the "I Am" film, check out https://vimeo.com/sjrob/iam.