We recently spoke with actor, photographer, and skateboarder Jason Lee about his passion for instant photography and its manifestation in his recently released book with Refueled Magazine.  The 188-page book is part of Refueled Magazine’s One Series, and features nearly 200 images taken on Polaroid peel-apart film over the last 10 years. The limited-edition first volume sold out in pre-sale, but don’t worry, Lee is hard at work on future instant film publications. Read some highlights from conversation with Jason below.

1. What sparked your interest in photography?

Back in the early 90s, in my skateboarding days, I played with Super 8 movie cameras because we decided to incorporate that film into our skate videos. So I used film a little back then, and some Polaroid cameras, too, but I didn’t really get into dedicated film photography until 2001 while on a movie set in Canada. For whatever reason, one day I started looking around the set, paying extra attention to the camera and the lights and started picking the brains of the camera guys. After that, I got really interested in photography and started buying film cameras. It just kind of stuck from there and now it’s been 15 years of me shooting film and not stopping. 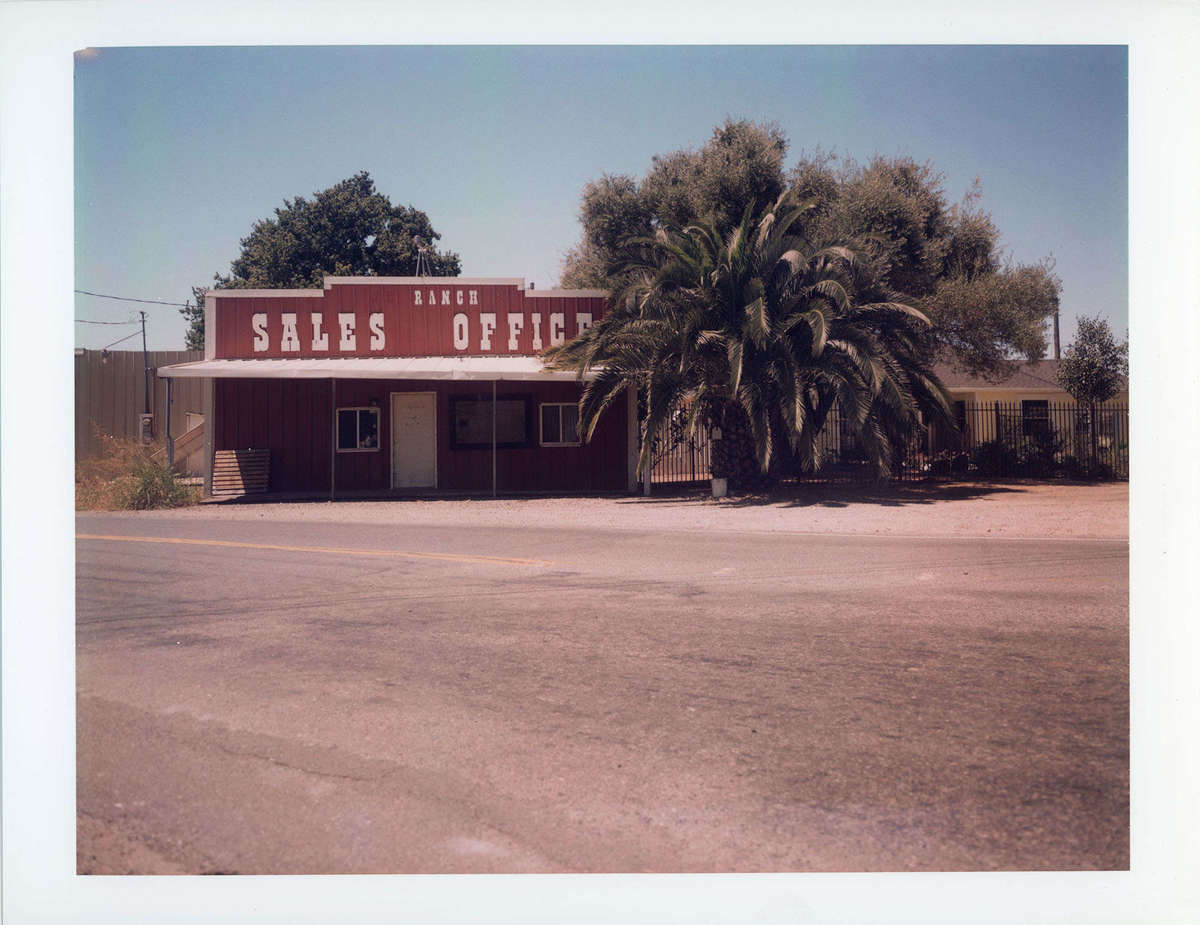 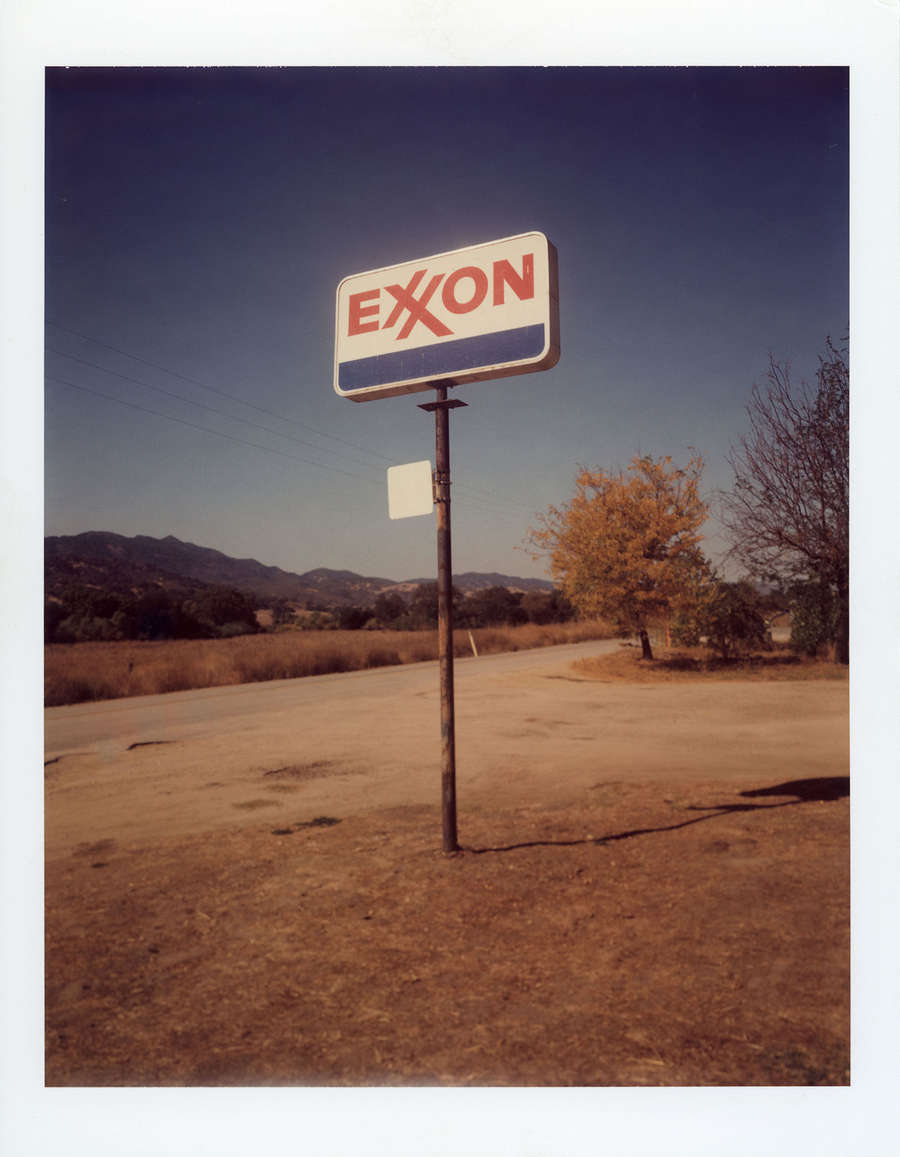 2. What are some of your first experiences with Polaroid and instant photography?

Polaroid has been a part of the way I shoot, how I like to shoot and what I like to shoot for over 10 years now. The first camera I bought was a Mamiya RZ 67 and I had a Polaroid pack for it. Those were the days before digital when you used Polaroid film to determine what a shot would look like, and then you would shoot conventional film through the camera. I started really liking the Polaroid 664, the 100 speed black and white film. I was mesmerized by it. It was just so smooth and had a charcoal-like quality to it. It was unbelievable. So first I got hooked on that film, and then I found out that Polaroid made 8x10 film and couldn’t believe it. So I started shooting 8x10 Polaroid film, and a lot of those early 8x10 Polaroids I took out on the road traveling with my big cameras ended up in the book we just sold. I still probably have about 25 boxes of 8x10 Polaroid film and plan on continuing to use it to publish more of my large format peel-apart film photos.

Polaroid 804. And I shoot a lot of expired Polaroid 690 film, too, the pack film, and it’s got a very cool look to it. I use a Polaroid Land Camera 250 for the smaller films. 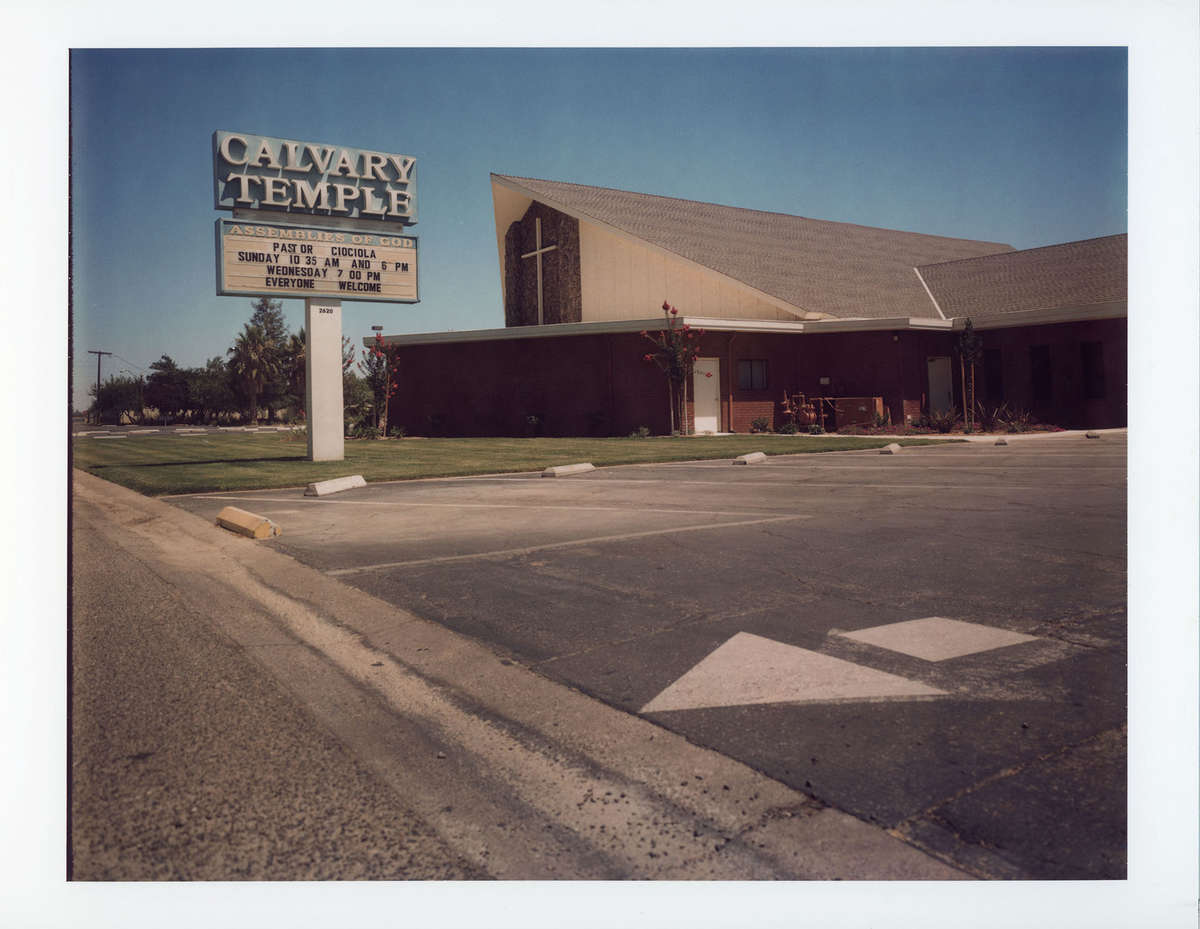 4. Can you describe your shooting process and aesthetic?

I’m most content and inspired when I’m just out there shooting. I do a lot of road trips. I like to document the backroads, but at the same time, I like going into the city. I’ll go from 4x5 or 8x10 rural Polaroid photography, and then I’ll walk around a city with my Polaroid Land camera 250 shooting pack film.  I like to shoot what’s there and be in it; just documenting life as I see it. Sometimes it’s more steady and focused on something like an object or location, and sometimes I like to be in the mix and shoot people.

I prefer to never stage anything, unless I'm shooting the occasional portrait. I like the American road trip experience most of all. I like Americana, finding interesting landscapes and landmarks. Being out there and documenting what I see. I tend to like the sort of 'out-on-the-road' look and feel.

While I might go to NY and shoot a ton of conventional film, I also like to find the desolation and abandonment of the leftover America that still stands in the midst of where we are now, and while I shoot this with conventional films, I also find that Polaroid films captures it in a unique and necessary way. You find a lot of interesting colors that way. There’s an interesting life out there outside of the big cities, and I very much like to document that.

A big part of why I like Polaroid film so much is the way it captures what I like to shoot. It creates even more of a distance between the viewer and the image itself. It displaces the subject being shot even more. There’s a very unique quality to the peel-apart stuff, especially in that I’m shooting with older lenses. The photos are never super crisp or bright or sharp or contrasty. It has its own kind of story and makes you feel like you’re looking in on it from a little bit more of a distance. The reason my first book is all peel-apart film is because there’s a thread there, and that film helps create that. 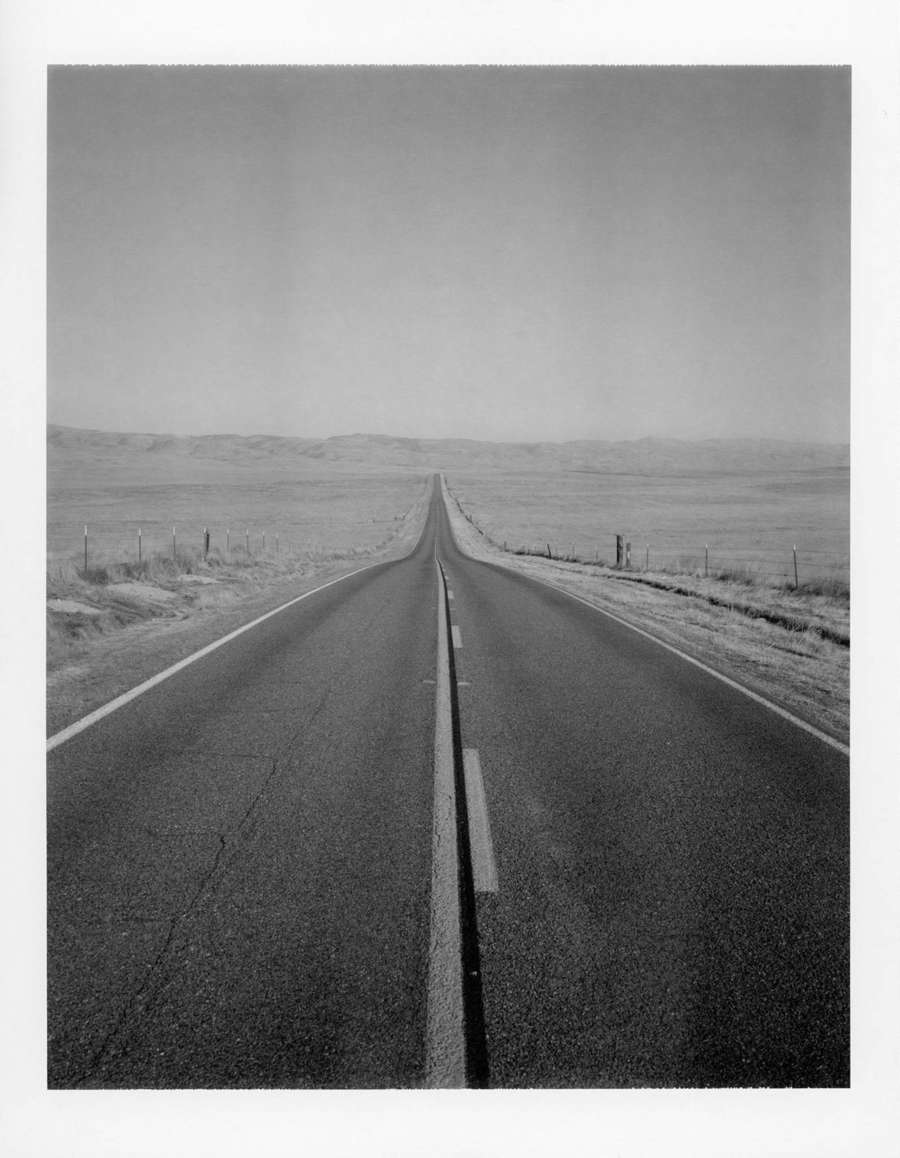 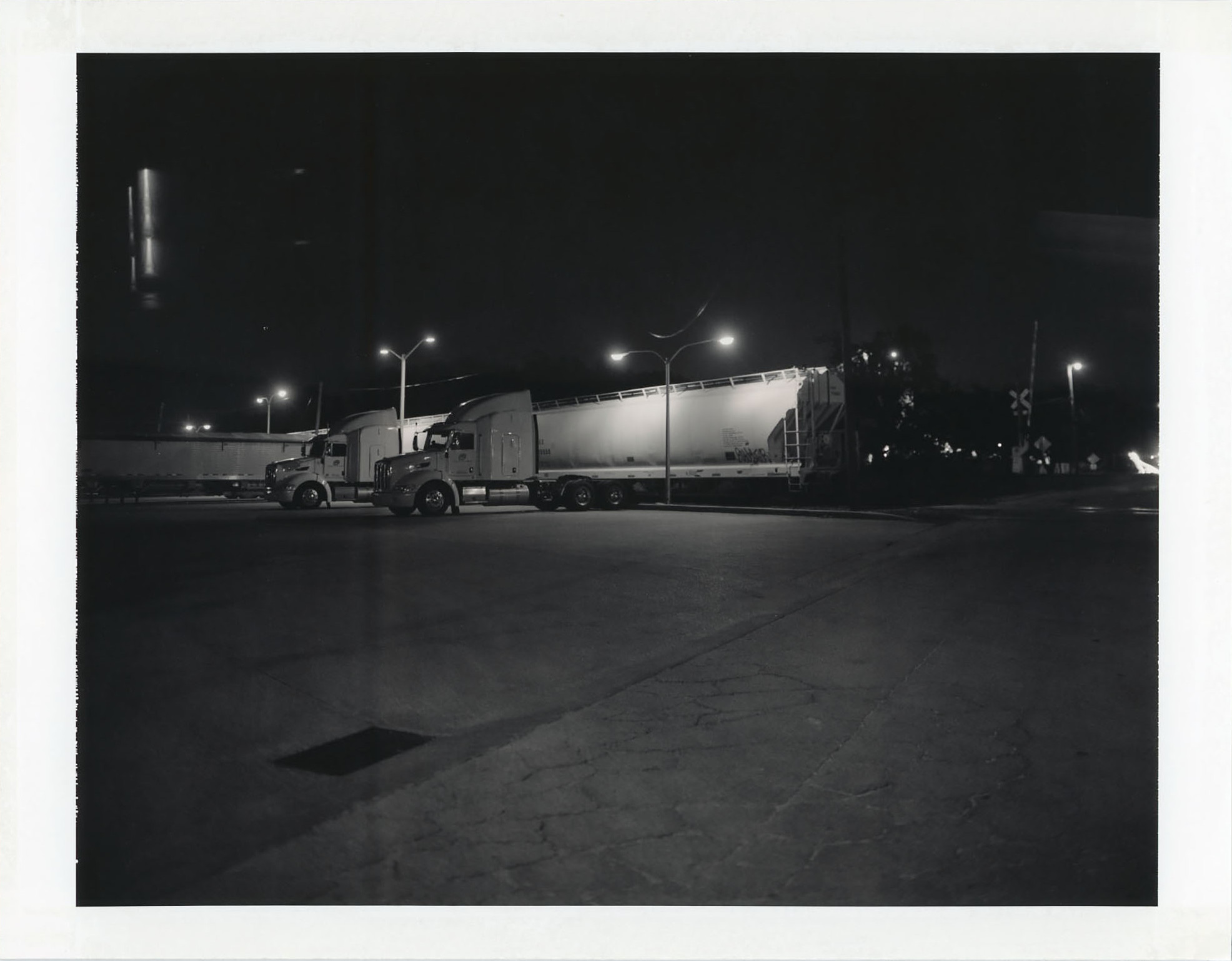 Skateboarding is such a very independent kind of personal experience. The way you skate is very much you. The way you improvise with it, and the way you look at locations and the environment you’re in is a very spontaneous thing. It’s also a very singular, almost personal or private experience. It’s really special. I can almost guarantee that having that instinct to create something that feels unique and real and personal with photography comes from skateboarding, even if only on a subconscious level

There’s a little bit of that there in acting, too. Acting is more of a group effort, but you try and keep it fresh and on its toes and spontaneous. It’s certainly a creative process, and anything creative overlaps into other things creative. And technically, too, being on set you're aware of cameras and lenses. It helps with the acting and the process, the more you know about what’s going on around you.

6. What’s next for you as a photographer?

I think I’m going to start selling prints. I’ve been very encouraged through Instagram with people commenting about wanting to buy prints. Also, the book pre-ordering the way that it did was extremely humbling and encouraging and very, very inspiring. I feel so privileged to be a part of the film photography community, and words cannot express my gratitude. Offering prints for sale is a way I can get more of the photos out there, so I think that’s a next step. Getting that going, as well as working on a second book with Refueled. And finally getting back on the road, going through my remaining boxes of large format Polaroid film and seeing if I can put together another book or two.

Be sure to check out Jason on instagram at instagram.com/jasonlee/.