The Beauty Behind the Met Gala

Eight years ago, top model Fei Fei Sun and I started working together. Our collaboration has been the highlight of my career as a model manager this far. She is not only beautiful on the outside, she has tremendous inner beauty. So many times over the years, clients have said "No, we don't use Asians," or "Asian models have never done that before, it's not possible." Fei Fei and I refuse to accept racism. I am honored to be part of her team; she has taught me what management really means.

The 2018 Met Ball, the biggest night of the year in fashion, was Fei Fei's first as an Estee Lauder Global Ambassador. Working with Estee Lauder was on Fei Fei Sun's bucket list of life and career goals. The brand was started by an incredible , Estee Lauder herself. Estee Lauder and Fei Fei Sun have so much in common. Estee was the child of immigrants and was raised in New York City. Fei Fei is the first generation in her family to live in New York City. Like Estee, Fei Fei feels that when clients say "no," that is when her job begins. Both set high goals for themselves in business and worked diligently to achieve success on a worldwide scale. 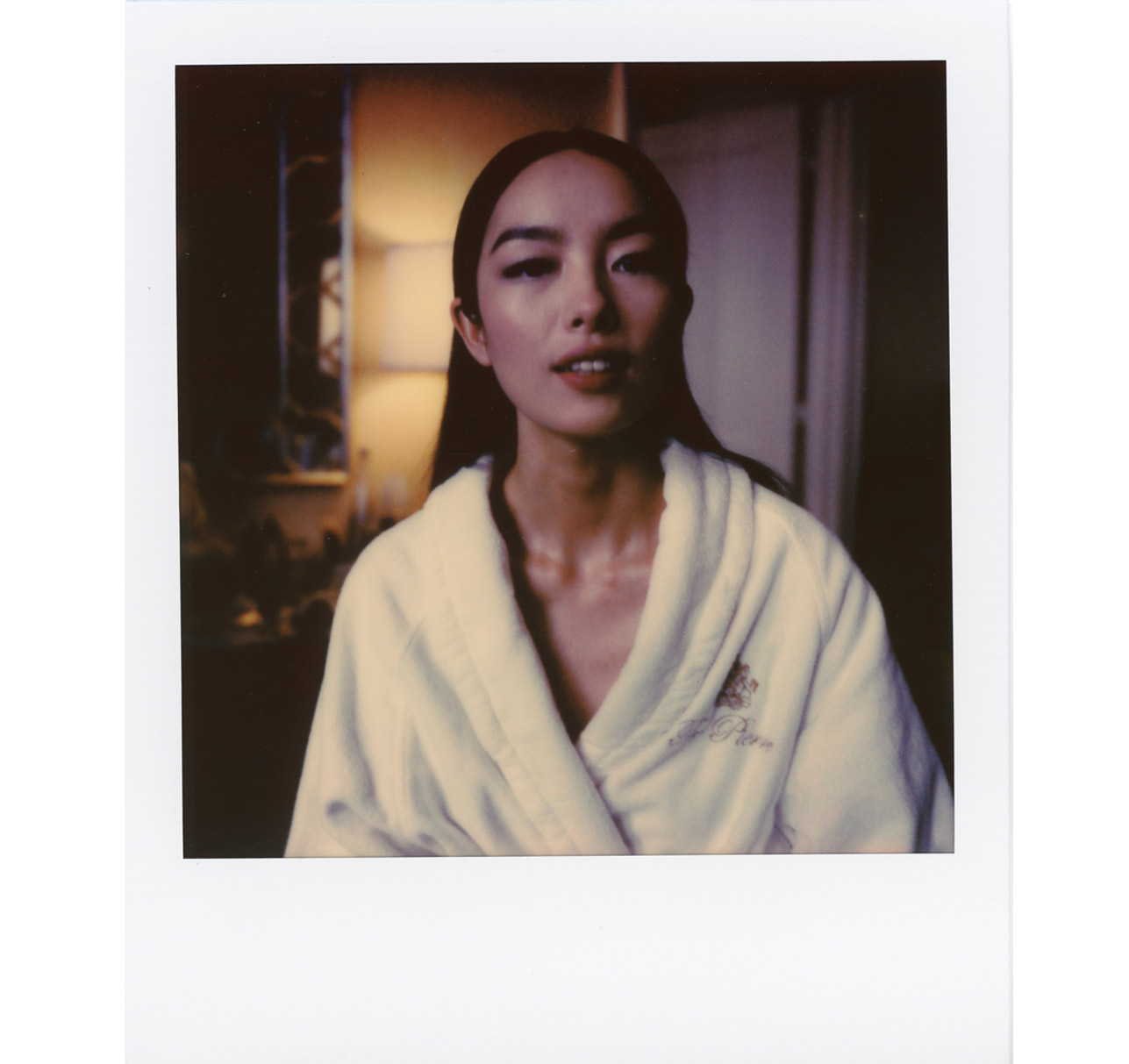 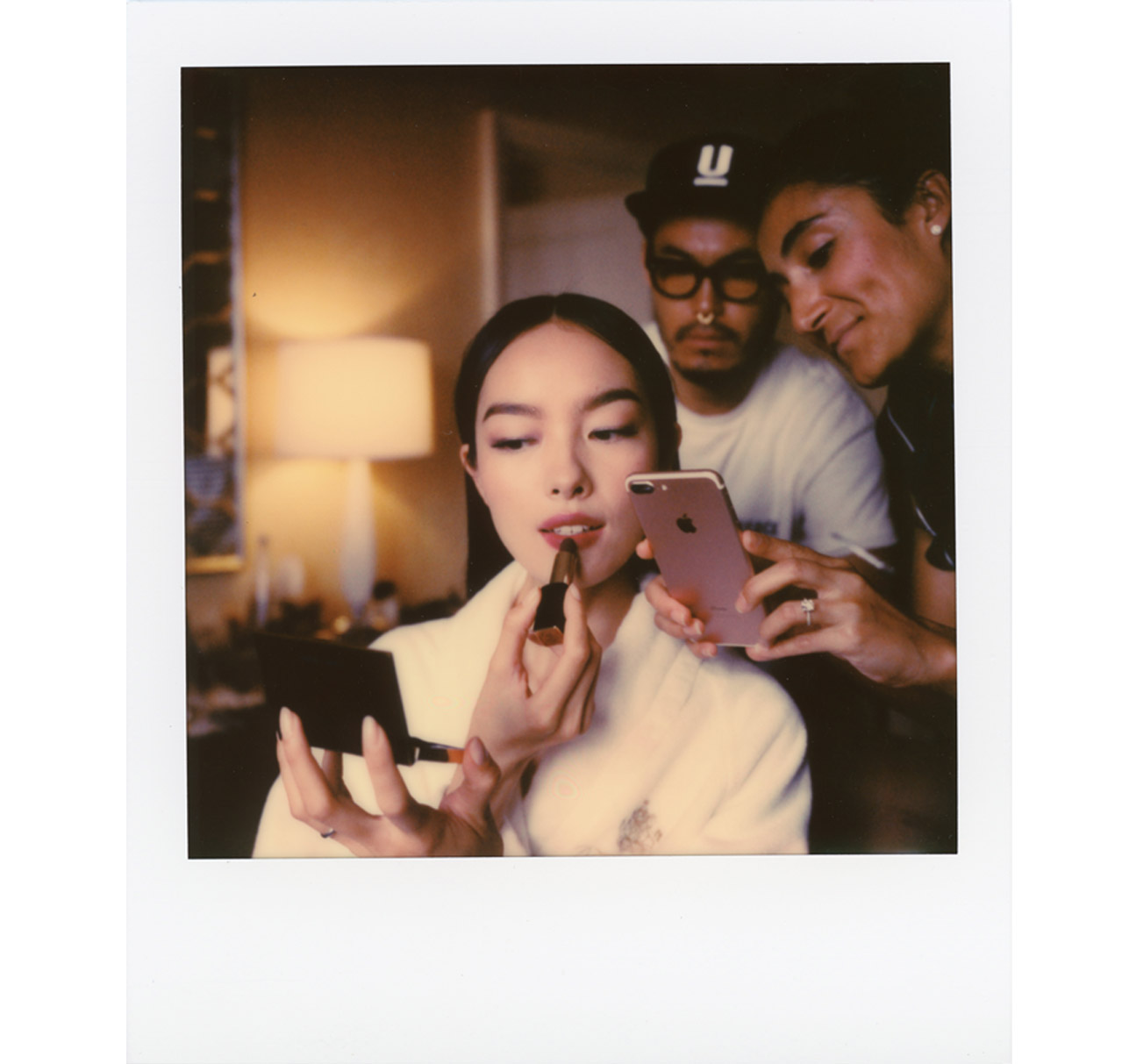 This year's Met Ball was Fei Fei Sun's fifth Met Ball and her second attending as a guest of designer Tory Burch. Going to the Met Ball as a guest of Tory Burch is the most luxurious experience. Traditionally, when models attend events, they select a look from a rack. Tory approaches the Met Ball in a more personal way. Months in advance, she sketches a gown for Fei Fei and they collaborate together on the color and silhouette. This year, Fei Fei's gown required three separate fittings. This dialogue with the designer about shape, color, texture, as well as the level of attention to detail is such a privilege. Fei Fei felt like a princess. 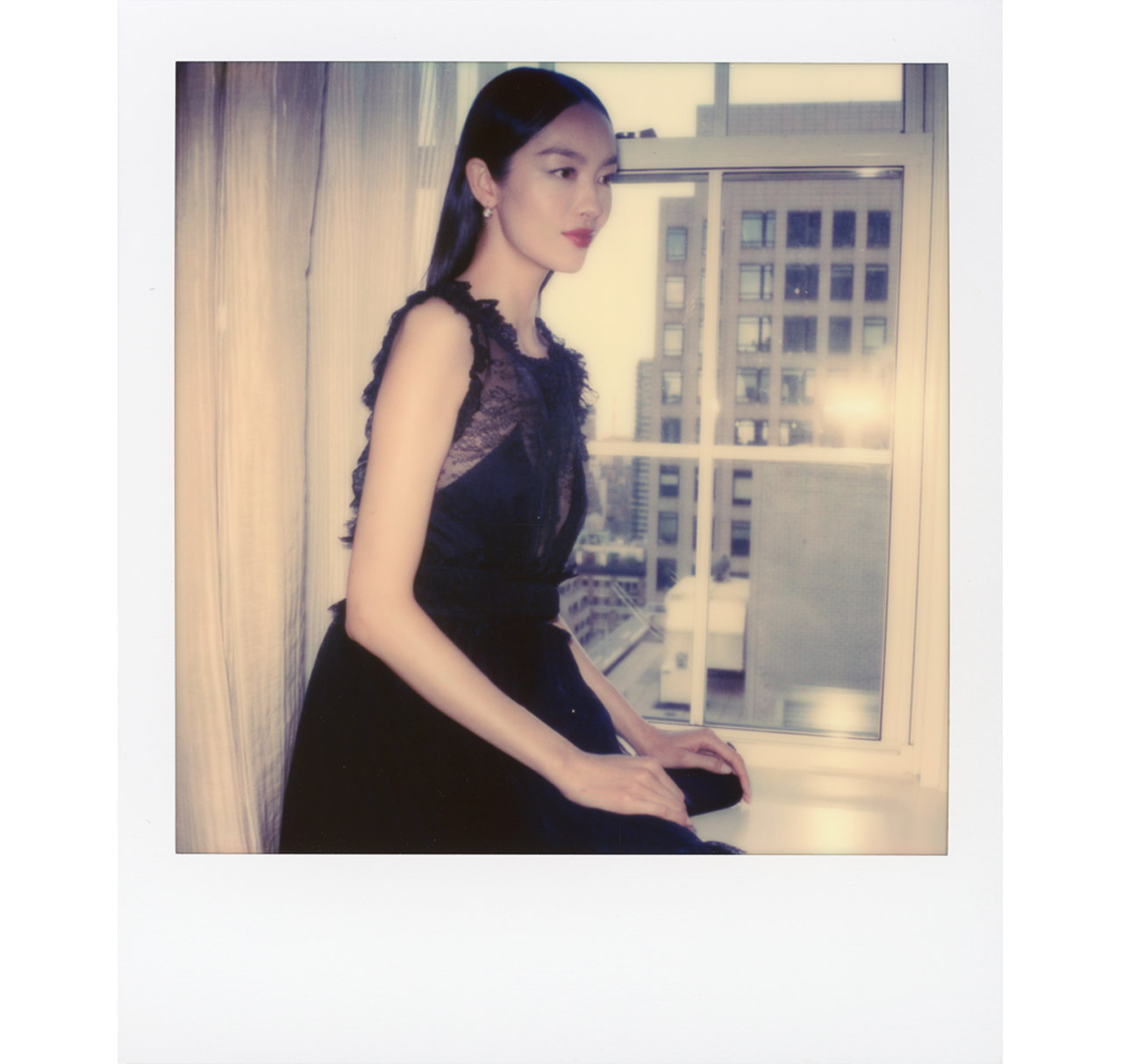 Tory Burch is more than just a fashion designer, or a brand - she is a role model. Having female representation in decision making positions is currently a conversation that every company is now having. But for Tory, it's who she has always been - seventy percent of leaders at her company are women. She knows what she would personally like to wear, and this point of view is shared by millions of women across the globe. In 2004 she started her business, and fourteen years later it has expanded beyond fashion to include fragrance, tabletop, linens, swimwear and an entire line. Tory Burch truly is a lifestyle. Five years after starting her business, she created a foundation to support women entrepreneurs. 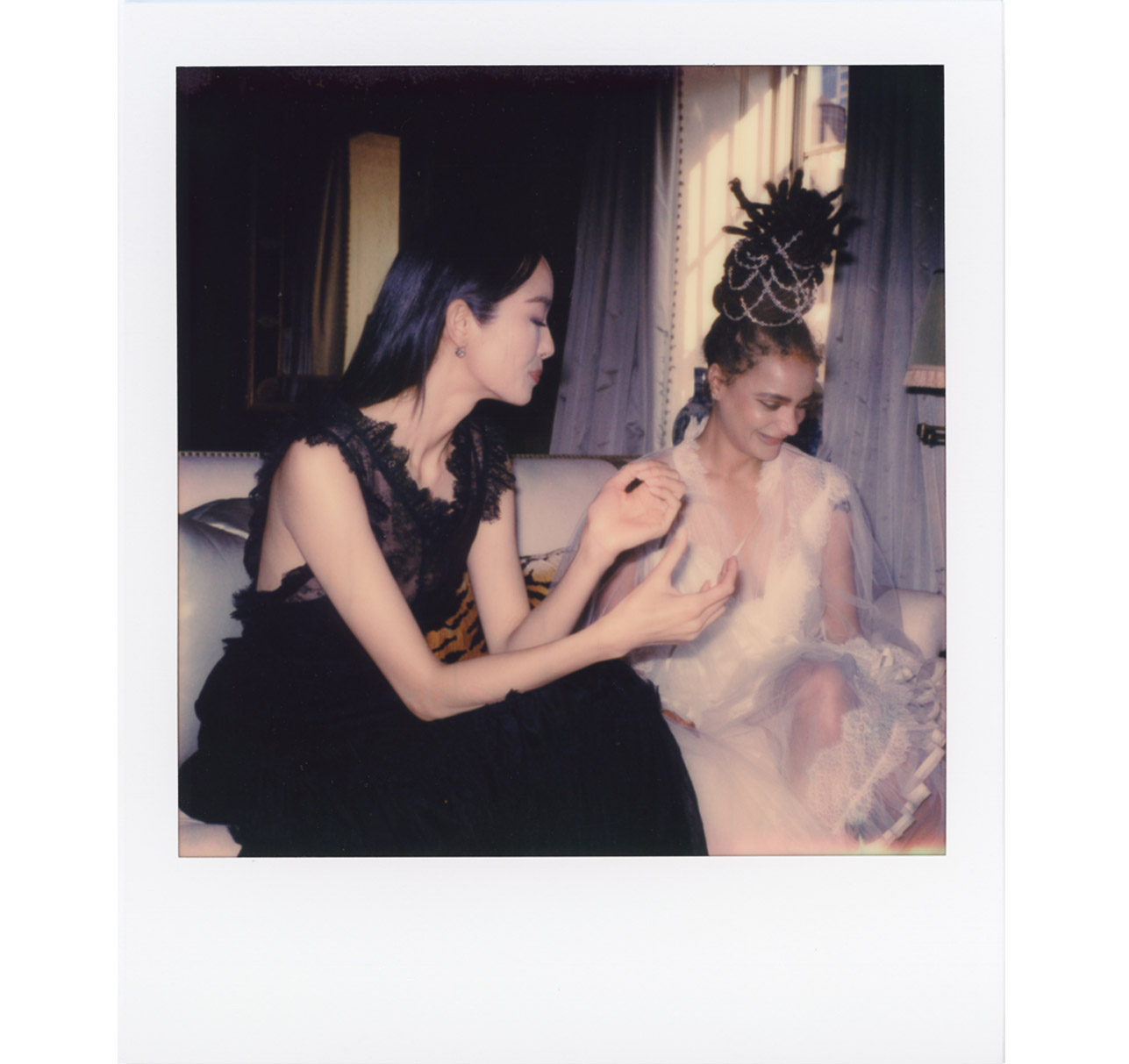 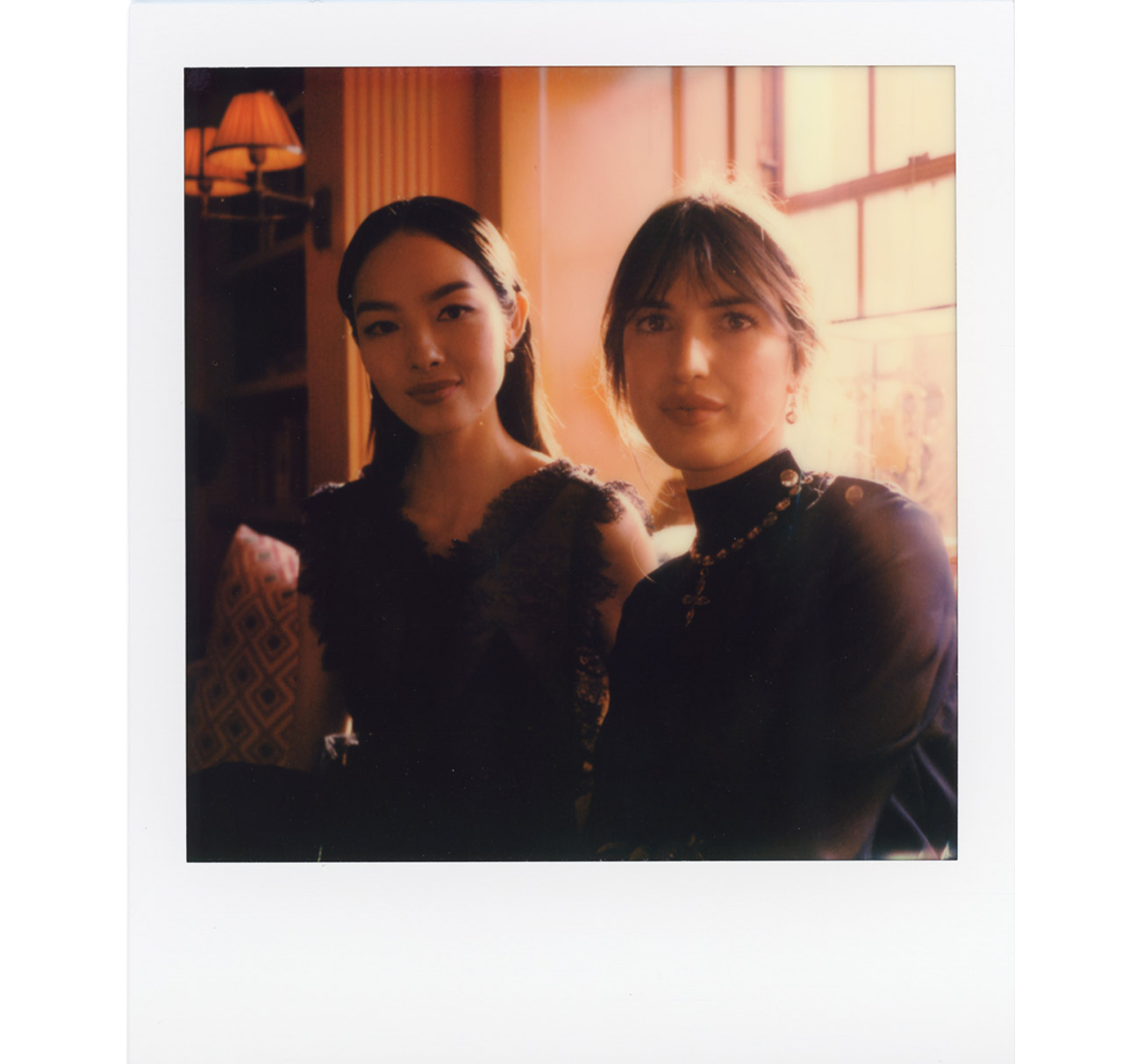 At Fei Fei's first fitting, Tory and I sat together while Fei Fei was changing into the muslin (the prototype for her final gown). Tory has such a kindness and warmth and the way she makes direct eye contact always puts me at ease. When Tory asked me what was going on in my life, I was caught off guard. Talking up the models that I represent is my default conversation style: they are the stars, not me. All I could think of was how my friend Jen and I came in first place in a Golden Girls trivia competition that Monday night. Instead, I complimented her on her commitment to the women on her team and how much that meant to me. Not only do I work for a company called Women, I am the worlds biggest mama's boy. My mom raised me to be respectful and my sisters are my biggest supporters. Tory then invited me to her foundations 'Embrace Ambition Summit' at Lincoln Center's Alice Tully Hall. She wanted to include men in the conversation of how men and women can work together to address other harmful stereotypes that impact gender, race, and sexuality. Attending this summit was a game changer for me. The speakers (including one of my literary heroes, Margaret Atwood) all spoke truth to power and stimulated a part of my brain that had been dormant. I left feeling energized, optimistic, and empowered. 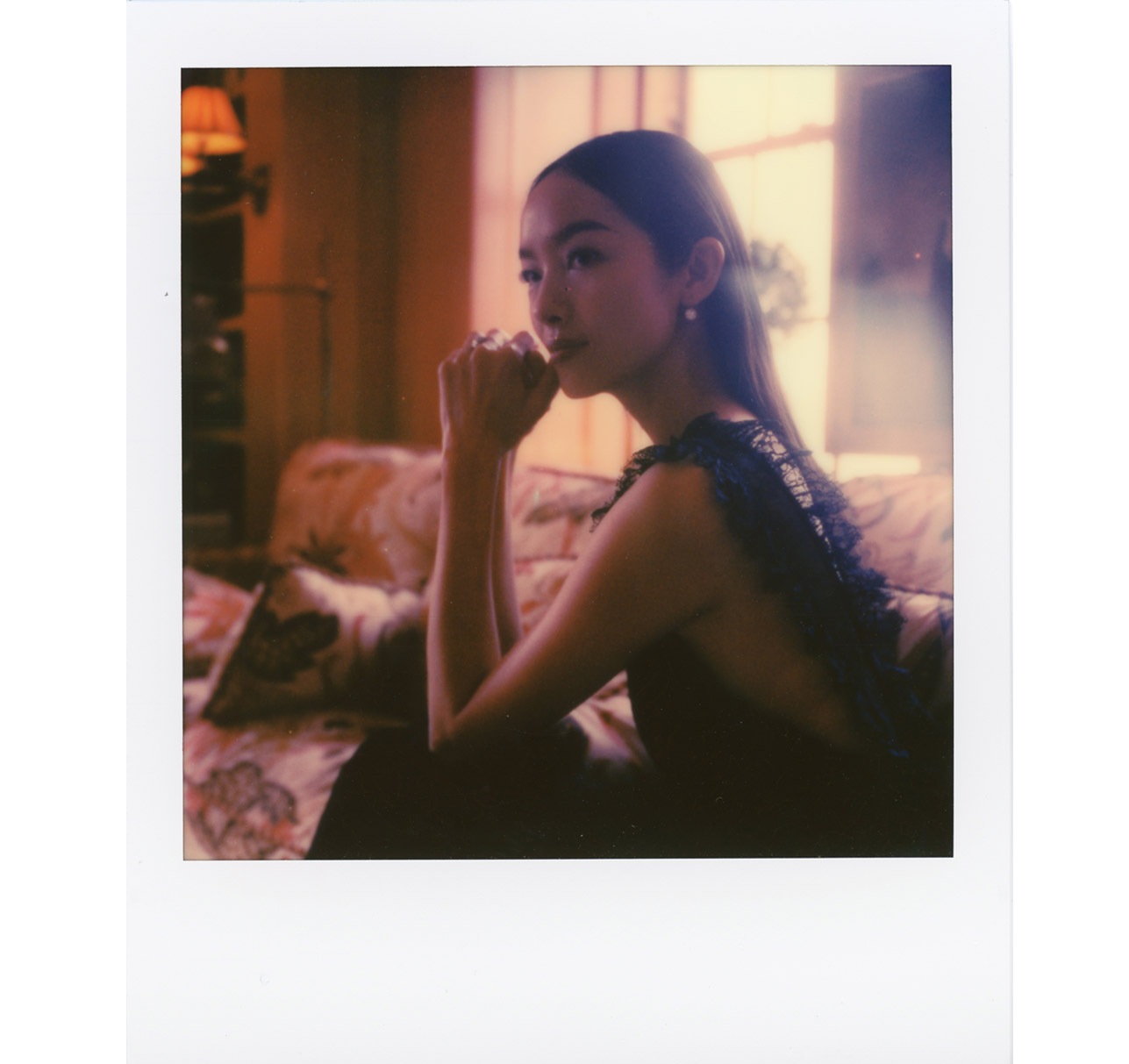 The day of the Met Ball, Fei Fei prepared for the event at a grand hotel suite in The Pierre Hotel. Her glam squad included top makeup artist, Maki Ryoke, and hair stylist, Kinoshita. Maki has done Fei Fei's makeup for four Met Balls (one year, Nicole Kidman locked in Maki's time before Fei Fei got an invite). Maki is not only talented, she is a source of positive energy and good luck. Fei Fei and I both love jazz music, so I brought my jam box to play a soundtrack that would help her get into the right mood for the night (Angelo Badalamenti's 'Twin Peaks' Soundtrack, plus Antonin Charvat's orchestral covers of Lana de Rey's music). After getting dressed and made up, Fei Fei and I attended a cocktail party at Tory Burch's home along with guests Sasha Lane (star of the movie "American Honey," and the upcoming "Hellboy.") Attending social events like these are easy for Fei Fei, she glides effortlessly like a swan. That has not always been the case for me. Since embracing Polaroid photography, these social events have become much easier for me. My Polaroid SLR670-S camera is a great conversation starter. People are always curious about how it works. Taking a flattering portrait of someone gives me a purpose. Using my Polaroid camera, I am literally looking thru the lens and capturing a moment on the film. Polaroid film is magical. It doesn't just record the moment as it happened, but its chemistry produces an impression of the moment that can never be replicated. This magical film smooths the skin and produces a portrait that looks more like a film still than a snapshot. This puts them at ease and brings us together. Polaroid cameras and film have changed my life and how I approach my job. Attending social events are a huge element of being a model manager and I now look forward to them. Polaroid has empowered me to be my authentic nerdy self and make genuine connections with people about something I am passionate about. I am so grateful to have made this discovery.

Fei Fei's Tory Burch dress and Estee Lauder makeup look earned her a spot of several "Best Dressed Lists" that night. It was truly a magical evening and the Polaroid pictures I took will keep those memories fresh in my mind for years to come.