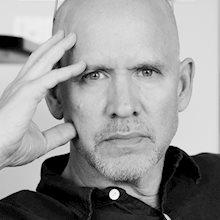 Richard Corman’s photography varies widely in style and subject matter, yet it’s always intensely focused on the human spirit. Ken Burns, documentarian and director, describes Richard’s work as an “artistic vision dedicated to the highest aspirations of human endeavor...the photographs record in big moments and small, among the famous and ordinary, the gifted and challenged, larger truths relevant to all of us.”

As a portrait photographer, Corman has worked with a thrilling breadth of subjects from Nobel Peace Prize recipients Nelson Mandela and Elie Wiesel to esteemed actors at the top of their profession such as Robert De Niro, Phillip Seymour Hoffman, and Tilda Swinton. Corman has also had unique working relationships with varied artists before they reached stardom, including Madonna, Jean Michel Basquiat and Keith Haring. He’s also worked with elite athletes who inspire greatness, like Michael Jordan, Jackie Joyner-Kersee and Muhammad Ali. Some of the best-loved musicians of our time have also worked with Corman, including Sting, Wynton Marsalis and Jessye Norman. He’s even worked with writers, visual artists and dancers that have left an indelible mark like Kurt Vonnegut, Isamu Naguchi and Misty Copeland. Richard is always seeking great spirits and great talent, and throughout his career, he’s been fortunate and honored to find them.

Richard’s body of work aspires beyond the commercial and entertainment worlds. Humbling experiences with many socio-cultural projects and non-profit organizations are reflected in the continued variety of his photographs. Most notable is his personal and heart-felt work with the Special Olympics. Richard has been traveling the word and photographing these inspiring athletes for over two decades. He has also found great fulfillment in his work with the Wounded Warrior Project, American Association for Cancer Research, Amnesty International, United Way, Michael J. Fox Foundation for Parkinson's Research, The ACLU, Christopher Reeve and Dana Reeve Foundation, March of Dimes and Muhammad Ali's Parkinson's Center.

The fine art world of Photography has embraced his published books and limited edition prints.

Richard, a native New Yorker, is inspired daily by the creative energy in New York City. Richard has a degree in Art History and Psychology from Hunter College. In addition, he spent two years apprenticing with Richard Avedon early in his career, and assisting him on the American West project. That time continues to influence Richard's work. He currently resides on the Upper West Side of Manhattan with his wife, Patricia and his son, William. 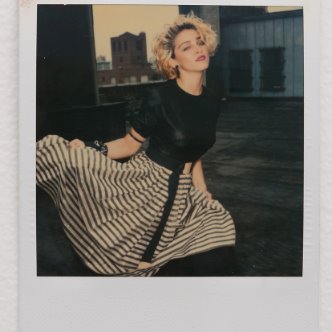 By Richard Corman Apr 12, 2017
I certainly have had advantages that many people have not. Over the years, my mother, Cis Corman, a well-known and respected casting director and...
Read More